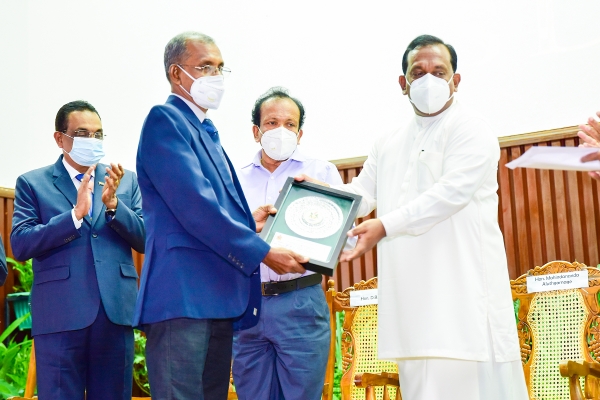 Mr.  B.D. Pathinyaka born in late 1950s, in a village known as “Deiyandara”, in Matara district, he completed his primary education from the Ketiyape Primary School and later entered to the Richmond College, Galle for secondary education.

Later, he obtained B.Sc (Agric.) degree from the Faculty of Agriculture, University of Peradeniya, and subsequently joined the Department of Agriculture in 1980 to work as a rice breeder at the Rice Research Institute, Batalagoda. Later, he completed Master’s degree programme at the prestigious Colorado State University, USA
From 2000 to 2010, he was the Principal Scientist at the Rice Research Station, Ambalantota.